Mr. Katsuki Kinjo (3rd year Ph.D. student) has received the Student Presentation Award for his talk "Pairing symmetry determination of the multiple superconducting phases of UTe2 under pressure by NMR study" at the 77th Annual Meeting of the Physical Society of Japan, 2022. Congratulations!
Read More 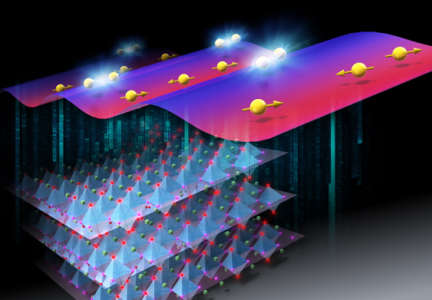 Translational symmetry breaking in fluid is antagonistic but can be realized insuperconductivity, which is quantum-mechanical coherent fluid formed byelectron pairs. This novel superconducting state, known as the Fulde-Ferrell-Larkin-Ovchinnikov (FFLO) state, can be induced by time-reversal-symmetrybreaking magnetic field applied to spin-singlet superconductors. This stateintrinsically causes the superconducting spin smecticity, spin-density-modulatedfluidity with...
Read More To investigate the normal-state magnetic properties of UTe 2 under pressure, weperform 125 Te nuclear magnetic resonance (NMR) measurements up to 2 GPa.Below 1.2 GPa, the b -axis NMR Knight shift shows a broad maximum at the so-called T χ max on cooling, which is consistent with the magnetizationmeasurement under...
Read More

This year’s Spring Rec was held at Arashiyama on May 8th. We gathered at JR Saga-Arashiyama Station and went around in this order: Togetsu Bridge, Arashiyama Monkey Park, and Bamboo Forest Path. We headed to Togetsu Bridge. Fortunately, the weather was very good. Although it was the last day of...
Read More 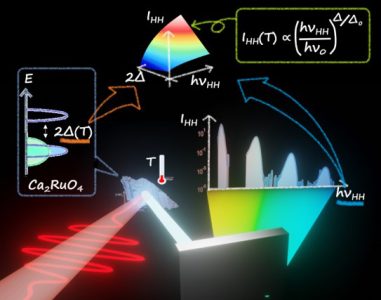 In the Mott insulator Ca2RuO4, which is a strongly correlated material material, we observed for the first time the generation of high-order harmonics that convert a strong infrared laser beam into visible light. Our experiments show that the intensity of the generated signal follows a surprisingly simple rule. In recent years,...
Read More