This year's Fall Rec was held on November 7th. (The day before, we did some work before the blackout, and the next day, we had the rec. It's nice to be with everyone in the lab all the time!) There were many candidates, including mountain climbing, the zoo, and the...
Read More 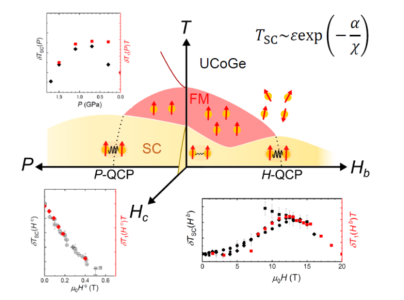 The mechanism of unconventional superconductivity, such as high-temperature-cuprate, Fe-based, and heavy-fermion superconductors, has been studied as a central issue in condensed-matter physics. Spin fluctuations, instead of phonons, are considered to be responsible for the formation of Cooper pairs, and many efforts have been made to confirm this mechanism experimentally. Although...
Read More 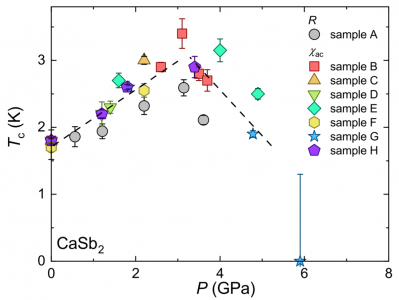 Investigating the pressure dependence of the superconducting (SC) transition temperature Tc is crucial for understanding the SC mechanism. Herein, we report on the pressure dependence of Tc in the nonmagnetic topological line-nodal material CaSb2, based on measurements of electric resistance and alternating current magnetic susceptibility. Tc initially increases with increasing...
Read More 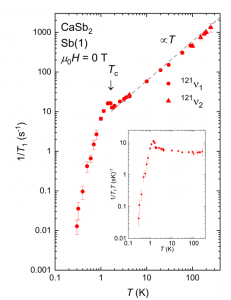 Observation of s-wave superconductivity in CaSb2

CaSb2 has a crystal structure with a special arrangement called “non-symmorphic’’. Due to this structure, it is expected that the bulk electronic energy bands have four-fold degeneracy along a line in the momentum space, which is called Dirac line node. In 2020, we discovered that CaSb2 exhibits superconductivity. Much attention...
Read More 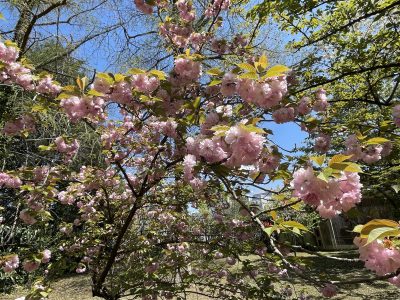